Up until now you’ve been creating single page applications that maybe have utilized conditional rendering based on a boolean in state. Something along the lines of…

This works…but as our applications grow larger and we need to render more components, these conditional toggles can become difficult to manage.

Suppose you have list of star wars characters and you only want to show a user’s favorites when they click on a Favorites button… You can easily accomplish this with React Router!

React Router is a collection of navigational components that compose declaratively with your application. Whether you want to have bookmarkable URLs for your web app or a composable way to navigate in React Native, React Router works wherever React is rendering.

React Router allows us to:

What does this lead to? Why or how? - Take a minute to write your answer and then discuss with a partner.

There are many high-level routers that come with the react-router-dom module:

We will be focusing on BrowserRouter which is A Router that uses the HTML5 history API to keep your UI in sync with the URL.

We will wrap our entire app with this router.

Ultimately it will allow our users to bookmark specific paths and utilize their forward/back buttons.

There are a few more tools we get with React Router that are important to know about:

The Route component is a key piece of React Router. Its most basic responsibility is to render some UI when a location matches the route’s path.

The Route component expects a path prop (string) that describes the path name.

There are 3 ways to render something with a Route:

Let’s say we have a Unicorns component, here is what it would look like in each of these instances:

This also allows you to define and pass specific properties to a component dynamically. For example:

Render differs slightly from Component, let’s check out the docs to see what they say about it.

It works exactly like render except that it gets called whether there is a match or not.

Component supersedes Render which supersedes Children so be sure to only include one within a route.

All three of these are rendered with route props, which include:

Important Note: If you have a component that is not rendered by a Route, but still needs access to the route props (match/location/history), you will need to use the withRouter method provided by React Router. This will be necessary to make any of your React Router components (Link, Route, Redirect, Switch, etc.) work correctly. Take a few minutes and read the docs as well as this post for more info.

Take notes on the features of each of these components in your notebook!

A special version of the <Link> that will add styling attributes to the rendered element when it matches the current URL.

It can take the following attributes:

Read about each of these here

Rendering a <Redirect> will navigate to a new location. The new location will override the current location in the history stack, like server-side redirects (HTTP 3xx) do. More of a nice to know for now. This is something that can be used if the user does something wrong. ie. went to a route they don’t have permissions to access.

It can take the following attributes:

The docs do a great job of quickly showing what Switch is all about.

This application will provide us with a Main landing page as well as 3 routes to pages containing:

Additionally we will add a dynamic route to dig deeper into a specific creatures cards.

Next let’s go import it and wrap

Next we will go to our App.js file and begin constructing the routes for our application. We’ll need to import some additional pieces from the library.

Now let’s build a header to persist on all views. We will use NavLink so we can take advantage of the active class.

It comes with a default class of .active so we can either use that without defining it, or define a new name using activeClassName.

If you click on these links now, you should see the URL change to the routes we told each NavLink to route to.

Next we need to define a Home route for when users first arrive to the app (or when the path='/'). For now we’ll just do a basic welcome message:

Next we need to define those routes and tell it which components to render. Take 10 minutes and see if you can get the /unicorns Route working by displaying <h1> Unicorns! </h1>.

hint: You’ll probably need to create a new component to render when on the /unicorns route 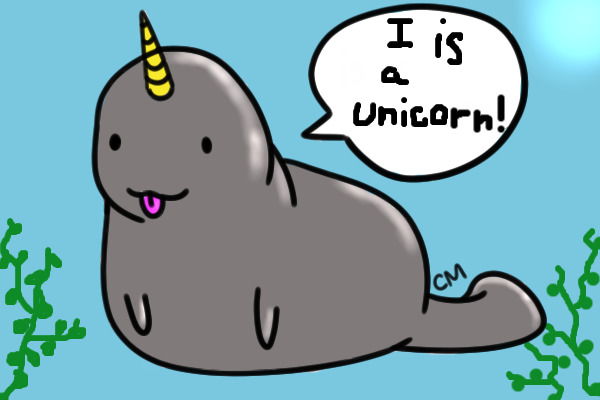 Let’s start out with using the component render method on a Route:

At this point clicking a header link (NavLink) should change the URL and render the component associated with that Route…however, we’re still seeing the Home component above, what’s with that?

What we’re saying by adding this attribute is that only when the path is EXACT-ly '/' do we want to render the Home component.

Now that we have routes defined, and a template of a component, let’s get something more fun displaying. Go to your Unicorns component and replace what you have with this code:

We should now be able to see a bunch of unicorns displaying on the page!

Take some time to mimic these steps for Puppies and Sharks so that each respective route shows images of their respective creatures.

A few things to keep in mind: 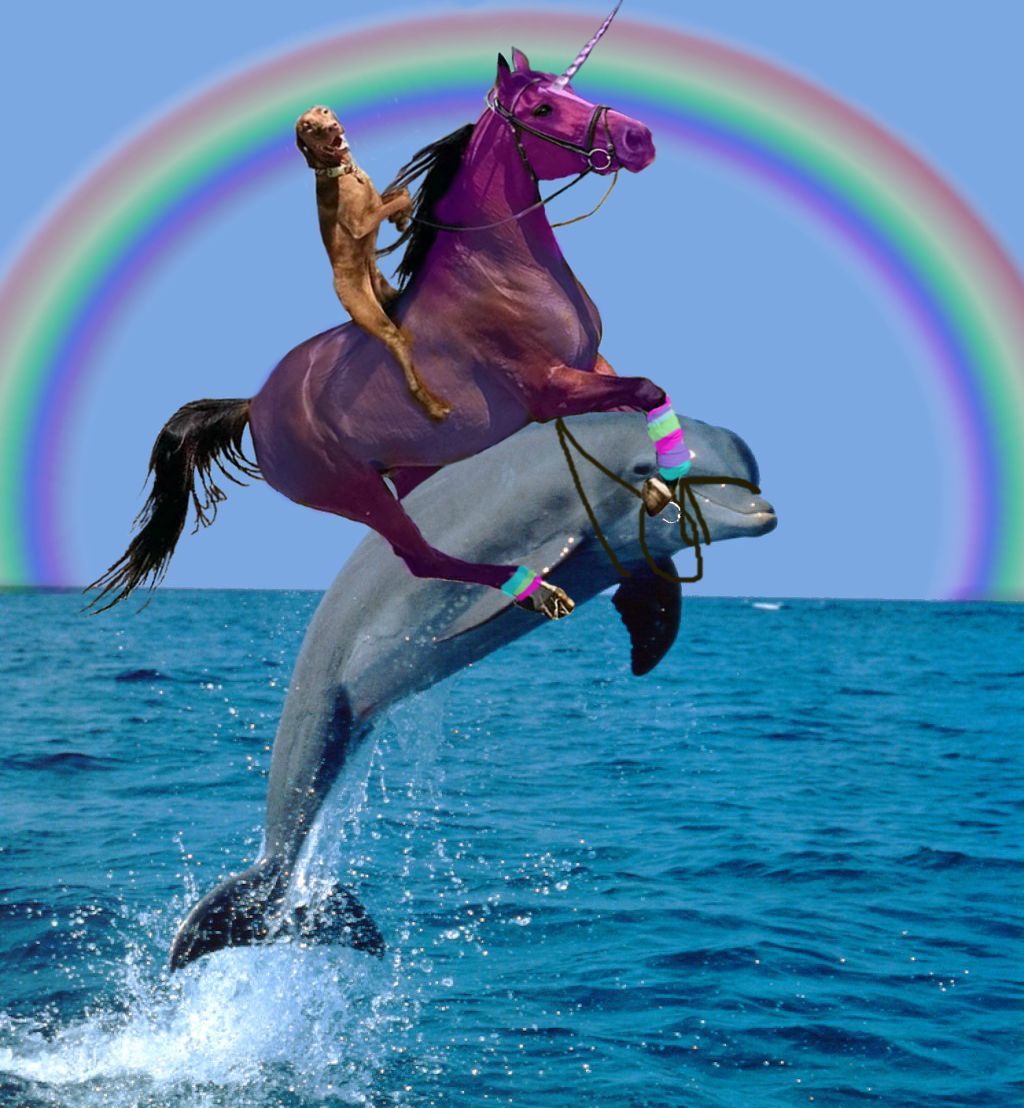 Let’s recap where we’re at:

Taking a look at this, you might notice that we have three separate components for unicorns, puppies, and sharks. This kind of defeats the purpose of React though since we are essentially displaying the same information with different data for each route. Let’s try reusing the same component to display that data!

Hopefully this seems pretty straight forward so far, but what if we want to go a level deeper? When a user clicks on an image, we want to send them to a new view where they can see information specific to that creature only. This is where we get into dynamic routing.

Currently we have 9 creatures per component and we want to be able to link to a specific view for each creature. One way we could do this is to create a route for each creature…something like:

This would be incredibly inefficient. Instead, we can use the render attribute within our Route to dynamically match the id of the URL with the matching ID within our data.

To signify a dynamic route, you simply add a colon in front of the parameter you’re dynamically changing.

Let’s focus just on unicorns for now. Here are the steps we’re working through:

So, if our first unicorn’s data looks like this:

We want to redirect to /unicorns/1

Then, we want to define a Route that looks at the parameter in the URL and passes the specific matching data into something we can render.

Let’s poke the bear a little bit. Paste this route into your App.js file:

Now visit this URL and open up your console: http://localhost:3000/unicorns/1

First thing we should see is that all of our unicorns are still showing, why do you think this is?

It’s because we didn’t specify the exact attribute in our /unicorns route, so that route sees the URL is /unicorns/1, considers it a match and renders any components that match. Let’s fix this for all three components:

Ok back to business!

We passed through the match prop and console logged it, let’s take a look. Notice that the params property contains an object with our defined parameter id, and it is equal to the ID we linked to in the URL!

Now all we have to do is modify our route to render the correct data.

See if you can write some code to render the correct data based on the ID in the URL. Focus just on unicorns for now.

Now if we visit http://localhost:3000/unicorns/1 we should see a view specifically for Unicorn 1!

See if you can modify your Creatures component so that each image can be clicked!

And that’s it! Go ahead and work on setting up dynamic routes for the other two components!